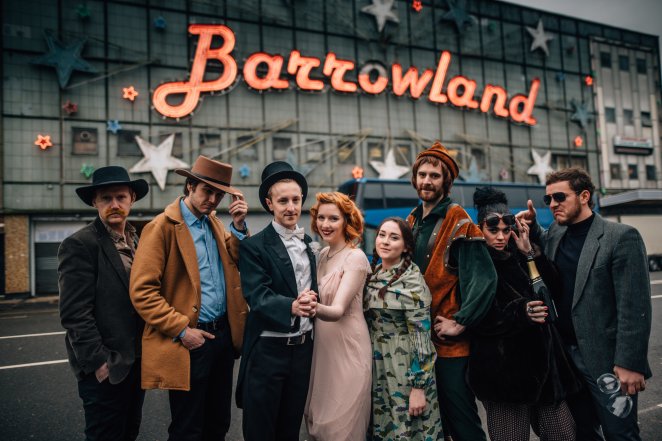 As the curtain rises on Glasgow’s 2016 Film Festival the good times begin to roll.

Opening the festival is the UK premiere of comedy Hail, Caesar! by Ethan & Joel Coen; and the debuts continue as Richard Gere hits Glasgow to showcase his slice of life film Time Out of Mind. Also joining GFF VIPs is Game of Throne actress Natalie Dormer, who will grace the red carpet for her UK premiere in the horror The Forest.

Another premier will close the festival, as Charlie Kaufman and Duke Johnson’s love story Anomalisa reels for its first UK audience.

Film critic Alan Laidlaw said: “This year is set to be another great one for the GFF, with some top films having their UK and European premieres; this can only help to grow the reputation of the festival.”

But it’s not just premiers stealing the limelight at GFF 2016; the festival also celebrates Hollywood’s golden age with free morning matinees; before staging modern classics in pop up locations.

Both Raiders of the Lost Ark and Silence of the Lambs will be screened at Kelvingrove Art Gallery; then Baz Luhrmann’s Romeo + Juliet will be served with ‘poison vial’ cocktails in Trades Hall. As well as this, news satire Network will reel in BBC Scotland (Glasgow); Thelma & Louise will hoe down at the Grand Ole Opry; and Con Air will be shown in a mystery located ‘prison bus’.

Glasgow Film Festival Co-Director Allison Gardner said: “I’m really delighted with this year’s programme. The festival keeps moving forward whilst also maintaining its roots as audience-focused; everyone can come together to share a love of cinema.”

After crossing continents, the GFF crosses space with D A Pennebaker’s documentary Ziggy Stardust and the Spiders From Mars, paying homage to the late David Bowie. The showing will be followed by documentary short Let’s Dance: Bowie Down Under.

With such a range of flicks GFF attendees will have a hard time voting for this year’s Audience Award. The Scottish Power sponsored comp will see ten of the festival’s new director films fight for first place.

He said: Having attended the festival as a fan and critic I’ve been able to see both sides; and every year GFF surpasses expectations in the quality of its cinema and unique events.”

He concluded: “The GFF is always one of the highlights of Glasgow’s cultural calendar.”