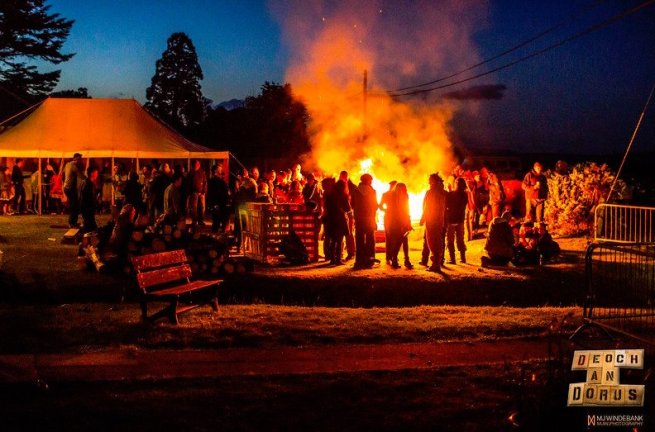 Shirking its knitwear image, the Isle of Arran is once again hosting the alternative music festival Deoch an Dorus. Running on April 30, the festival is in it’s second year and it’s back with a vengeance.

Festival organiser Mark McGhee said: “Last year Rory Gordon and I launched Deoch an Dorus with only seven weeks planning, and in this short time we got 400 people attending. It was hosted it in the town hall, with camping inside, and the feedback was incredible.”

“This year we wanted to expand, so we moved it to the North Sannox Glen and planned an amazing line up.”

These acts and many more will grace the main stage, bar stage and dance tent throughout the festival.

A ticket with camping costs £20 for adults, £10 for teens and under 12s go free. Families are very welcome at Deoch an Dorus, as McGhee explained.

He said: “Last year we got feedback from people saying the festival would be perfect for families, and lot of the Deoch an Dorus artists have kids they thought would enjoy it.”

“So this year we have brought in extra kids activities through the day, such as pony trekking and crafts.”

Other activities at Deoch an Dorus will include: music workshops, reiki, face paining, live art and construction of a mini Stonehenge.

To fuel this fun Deoch an Dorus will have food and drink stalls hosting the best Scottish produce.

McGhee said: “There will be local made burgers by local Robin Gray, as well as veggie options, and plenty of craft beer.”

He added: “Last year everyone from the local community got behind the festival and it had such a good natured vibe.”

This camaraderie, McGhee said, stemmed from the grassroots music.

He explained: “All the bands are really grounded and up for a good time; there are no egos and it attracts a great crowd of people.”

Add to this crowd Arran’s atmospheric setting, and that is what makes Deoch an Dorus unique. This year’s campsite will offer a backdrop of rolling hills and revellers won’t be far from the sea.

McGhee recalled: “Something about getting on the ferry really unifies people and gets them in the holiday spirit.

“It’s only a half- hour drive and 45 minute ferry from Glasgow, but Deoch an Dorus feels a world away.”

He concluded: “Anyone who has been to Arran knows it’s beautiful and anyone who’s seen our acts knows they put on a great gig.”