Reeling from Russia’s awesome attractions, we cruised into our next stop, Stockholm, Sweden.  Since we’d delved heavily into history in our Russian tours, we decided to start our Swedish sojourn with some modern art.

Buried beneath Stockholm’s streets are stunning subway stations, cavernous and colourful.  Desperate to see them for ourselves, we followed the tour. Our guide Marie got round trip tickets to show us some of the most sensational stops. With 100 stations to choose from, it was no mean feat.

Among the most memorable was Kungsträdgården station, underneath Stockholm’s public park. The station’s rough walls are forest green, with water trickling down them into pools, complete with marooned- marble statues, looking like sunken Greek gods.

While obviously engineered, the water features have allowed nature to flourish, as the station hosts a fungus with a unique DNA structure, the first of its kind discovered there in 2016.

Travelling back in time, to the first of Stockholm’s art subways, we visited the T-Centralen. Decorated in blue and white motifs of wheat and industrial scenes; it is a surprisingly static station design created by Scandinavia’s prima kinetic artist, Per Olof Ultvedt.

From the old to the new, we moved to the recently completed Citybanan railway tunnel, complete with celestial cloud ceiling and dazzling domes. Designed by Ahlqvist and Almqvist Architects, with illumination from WSP Sweden, the station is intended to shift its visitors from warm to cool light as they ascend the escalator.

Also on the city line was the Moaritisk Absorbent disco light feature wall and ceiling, by artist Mikael Paulin. With gorgeous glows, it makes the perfect selfie stop!

Next we saw Solna Centrum subway station, designed by Karl-Olov Björk and Anders Åberg to be a sunset of red huges, with political murals marking poignant points of Swedish sociology, such as rural flight, deforestation and environmentalism.

Ideology continued in the Stadion subway, which welcomes visitors with its rainbow colours and blue sky walls. Although perfect for Pride – which is celebrated in the nearby Östermalms IP grounds  –  the colours were chosen by Enno Hallek and Åke Pallarp to represent the 1912 Stockholm Olympics. 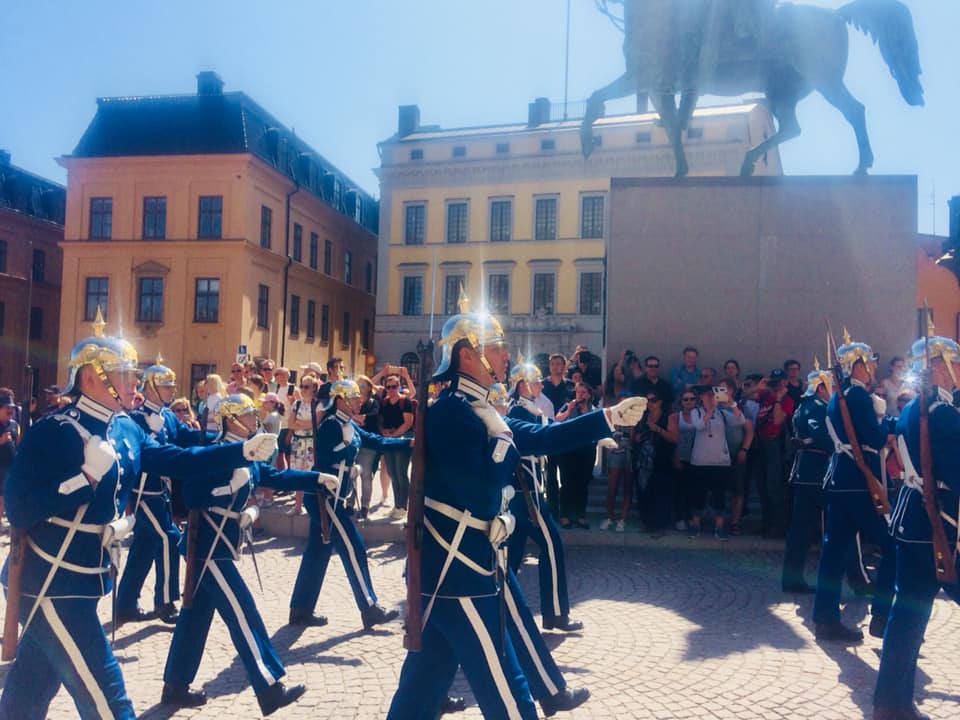 Changing of the Guard

Heading back to the city centre, we finished our subway station tour in time to witness the daily Changing of the Guard. Around noon, we followed crowds through the streets, up to the palace Outer Courtyard to see The Royal Guard and Music Corps complete their procession. Although it was busy, we squeezed to the front capture photos of the gold and blue bonanza. 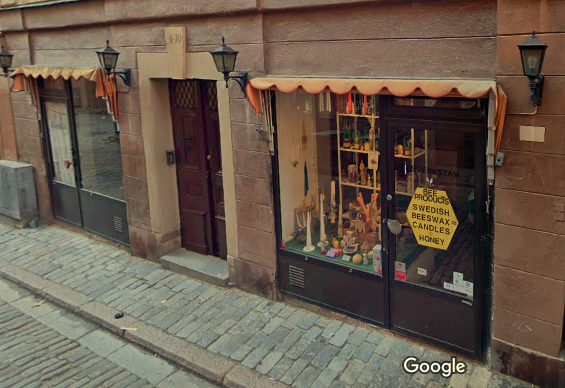 Breaking off from the crowds, we walked down the pretty street of 111 29 Stockholm, catching a break at a Texas grill. Sampling the local lager – and not so local food– we speculated about souvenir shops nearby.

It was then I spotted the bee produce shop, Sverkstan (door number 10 on the street). Venturing in, I was delighted with its beeswax candles, soaps and Manuka honey. With friendly staff and a wide range of goods, I would have spent more time and Kronor there, but with cruise departure impending we made a beeline for the port.