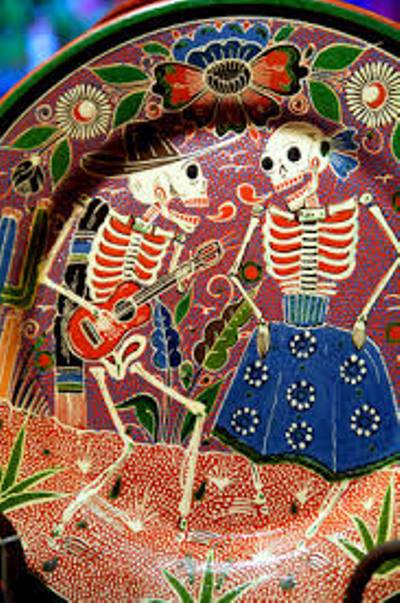 Honouring lives lost and risked for Mexican freedom of Expression is the Mitchell Library Day of the Dead event.

Hosted by The Scottish Writers’ Centre in partnership with Scottish PEN, the event will take place on November 2 -from 5.30pm- in the Glasgow Room.

The free, un-ticketed event will see readings both about the country and from its writers.

Host and writer Jean Rafferty explained: “We’re celebrating the Day of the Dead to honour ‘Absent Friends’ and commemorate the courage of writers, poets, and journalists living and working in Mexico; one of the most dangerous countries in the world for freedom of expression.”

Rafferty has organised the event as part of her role within Scottish PEN.

She explained: “PEN is an international writer’s organisation whose Scottish branch has been gathering for nearly 90 years.

“Scottish PEN supports freedom of expression in every form. For instance, I am chairman at the Writers at Risk society, which supports people who have been threatened for speaking out against their government.”

While the society has paid tribute to Mexican writers before; Rafferty explained that this event has particular significance.

She said: “This year’s Day of the Dead event will be particularly poignant, as we have Mexican writer Lydia Cacho as an honorary Scottish PEN member.”

Rafferty added: “As well as being a great writer, Lydia runs rescue centres for women that have suffered sexual and physical abuse. Lydia’s work will be read at the event.”

The event will also feature readings from Anabel Hernandez, whose novel Narcoland exposes Mexican drug cartel, an exposure which has seen threats on her life.

Rafferty said: “As well as established writers, we will also hear from Mexican student, Bernardo Otaola Valdes, who has written a very moving piece about his plan to go back home and study journalism. Studying journalism in a country like Mexico is dangerous; and shows that Bernardo fits the night’s theme of Courageous Writers”.

She added: “As well as Bernardo’s reading there will be a reading from a Mexican poet, Javier Sicilia’s work. Javier lost his son to the violence, and wishes to share his own final verses.”

Following this there will be an ‘open mic’ section of the night. Here writers can take the stand and respond to the theme: ‘Mexico or Courage in Speaking Out.’

Writers wishing to participate in the open mic section can contact Rafferty via email.

The organiser explained: “The open mic section has seen applications from various people, including Portuguese film writer; Carla Novi, who has made a documentary Desaparecidos, about the disappeared Mexican students.”

Rafferty concluded: “Scottish PEN not only cares about the writers whose lives are endangered in Mexico, but the people all over the country, whose experiences are expressed in the writing.

“Freedom of expression is a basic human right. It is important to support writers because they represent everyone’s struggle.”