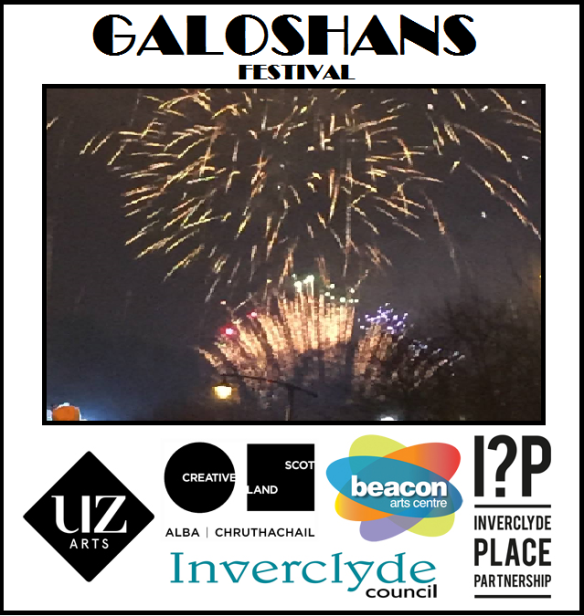 There’s a new UK arts festival and it’s called the Galoshans. With the Scots name for ‘guising’ it’s unsurprisingly scheduled North of the border. The exact location is however, more surprising. Unlike most Scottish festivals, it isn’t going to Glasgow or Edinburgh, rather Inverclyde.

Bringing the festival to Inverclyde is Scottish charity UZ Arts. The group works to commission, produce and distribute art in all its forms.

UZ Arts Executive producer, Jo McLean, said: “The Community Trust had been organising events as part of the Inverclyde Space programme and, in 2014, they spoke to UZ Arts about growing a festival.

“The Galoshans was an idea that the Community Trust had introduced to us. They told us it was a traditional folk play about George and the dragon. The original custom was to perform the play in spring;  but Inverclyde adapted it to take place around Halloween [alongside guising]. ”

Now UZ Arts are expanding the custom into an arts festival. The festival will still nclude the Galoshans play, as well as music, performances, and installations throughout Inverclyde.

Galoshans will run from 30 October to 1 November, with a complimentary fringe programme that ends in  Inverclyde’s firework display (November 7).

As well as this, the festival will launch with a symposium entitled Moving Out, which pushes artists and audiences outside of their comfort zones.

Using the European network IN SITU, UZ Arts will bring artists across seas to engage with the people of Inverclyde. The artists will create work outside conventional venues, reimagining iconic landmarks.

McLean said: “UZ Arts are part of IN SITU, a 19 country network, which funds international arts projects, and enables collaberations. IN SITU artists will be coming to the Galoshans festival to showcase their work.”

As well as artists, the public can get involved with the Galoshans.

McLean explained: “UZ Arts will be looking for volunteers to assist at the festival. We will also be running internships and opportunities, especially aimed at young jobseekers.

“Whenever UZ Arts run a festival we always try to make it benefit the local community.”

All visitors will benefit from the Galoshan’s reasonably priced and free events (ticket details to be confirmed).

McLean concluded: “We hope the festival will celebrate the international community, while reflecting the Inverclyde’s local pride.”

Galoshans may continue to be an annual source of pride, as UZ Arts have provisionally planned to roll it out in future years.

To get involved with the 2015 festival, visit the UZ Arts Website or email the team.