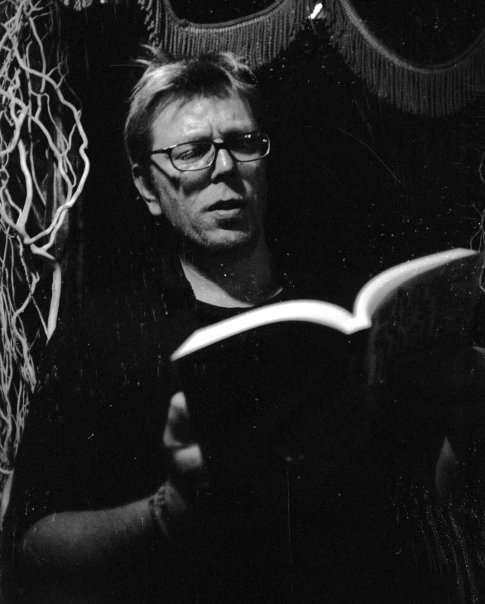 An interview with author Nick Griffiths

From engineering, to music journalism, to young adult fiction, Nick Griffiths’ life has been quite a journey.

He admits: “It took three years of an Electrical & Electronic Engineering course, and one essay to finally click that I fucking hated electronics and should have been writing all along.”

Once granted this epiphany Griffiths started writing for Music mags Sounds, and Select, before branching out to write TV reviews for Radio Times, Daily Mail and the likes.

Despite taking joy in writing, interviewing, and meeting people, Griffiths explained ‘selling myself was the part of journalism I loathed, being terribly British.’

Throwing off the compromise of journalism in 1976 Griffiths began his first novel, In the Footsteps of Harrison Dextrose; a story with as many turns as his own life.

“My original intention was to write a non-fiction, travel book along the lines of Bill Bryson. However I quickly realised that I hadn’t travelled anywhere near extensively enough, so would have to make it all up.”

44 years and multiple books later Griffiths returned to the Dextrose world, in his novel, Looking for Mrs Dextrose (LFTD). The plot sees self styled adventurer, Pilsbury, fight alcoholism and Amazon climates, in attempt to reunite his broken family. Griffiths describes it as, ‘inept travels among the world’s least fashionable corners, looking for Mum’. As one liners go Griffiths certainly has the knack.

Describing his love of language the author said: “Writing entire books can be a painful process and hitting those funny, apt metaphors lightens the load”.

Griffiths cites comedy as his priority in writing.

“I’m pretty obsessed with making people laugh – I’ll be the one interjecting inanities into heated political discussions down the pub – and my books give me the opportunity to do that.”

Noting the risqué edge to his humour, Griffiths states his writing style originates from a ‘childish take on life’, although he says it is not suitable for children, as ‘there’s too much crudeness in it for their little souls.’ Instead, he hopes his writing appeals to the student aged people.

When asked whether his own son read his books as a teen, Griffiths said: “At sixteen Dylan, like most of his friends, did not read books. I was more disheartened by that than I let him know. I just hope that one day he will realise what he was missing.”

‘Reading’, specifically in an ‘overflow bath’, makes Griffiths top list of pleasures, along with ‘fishing, tracking down ciders, badminton’, and getting his ‘loved ones through life half smiling.’

Back on the subject of work, Griffiths talks of the sequel to LFMD, titled, Pilsbury Dextrose and the End of the World. He synopsises it saying, it’s a ‘group of eccentrics sitting on a hill, fully expecting the world to end.’

Aside from the Dextrose world, he said: “There’s a possibility of a sequel to Who Goes There (wandering around the country, finding old Doctor Who locations). I’d also like to write a radio sitcom based around the residents of the Series of Gentlemen Home for Retired Explorers, in Looking for Mrs D. We shall see.”

For more information on Nick Griffiths work, visit his website.