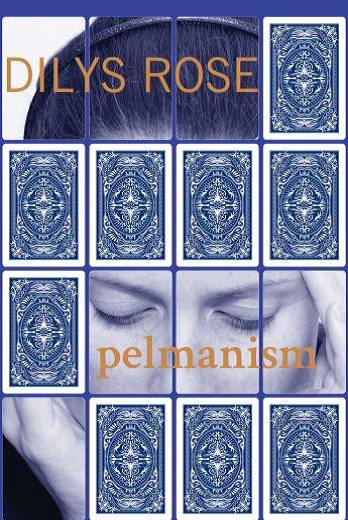 An interview with author Dilys Rose

Rain pelts down on the way to the Ramshorn Theatre, me and my mascara begin to run. Not everyday rain, more like the kind Noah faced before he got his arse on that ark. Rain soaks through my jacket, behind my glasses and I reach the door as an Alice Cooper lookalike.

Momentary relief hits as I step inside. But it doesn’t last long. There is a palpable tension in the air, like the first hour of a birthday party. Will anyone come, in this rain?

I receive a plastic cup of wine, and glance around. We are waiting for more to arrive before starting. Faced with the choice of standing or sitting, I take a seat. I see Dilys Rose, also sitting, and relax: if the guest author’s doing it, it must be okay. She and two girls fill the candy coloured table; daughters maybe. I meet her eye and smile. I interviewed her earlier today, so we kind of know each other, but don’t.

I look away at the decor, plain paint walls, dolled up with mood lighting. It’s a Glasgow skyline trick; purple and turquoise beams to make the ugly attractive. Speaking of ugly, a ‘drip, drip’ echoes from the false ceiling. Sympathy nerves start. I only met Rose today, but I’m worried for her. She strikes me as insecure; like the ceiling.

Rose takes the floor. I hold my breath. She dons a prop hat and starts, and that’s it. She’s a different person, confident, not the woman I interviewed.

‘The weather was permissive…’Rose drawls, reading her poem. She attributes the phrase to a Slovakian tour guide’s broken English. Earlier in the day, Rose explained that her writing is part recollection, part invention.

“Writing is about what you observe around you; you always have to take what you know of the world and then do something with it.

“Before I started writing I did a lot of drawing and painting; I probably wasn’t very good at it. Then when I had been travelling for a while, in my mid- twenties, I lost a whole series of drawings on a bus. I realised that if I was going to be so unsettled it might be better to work in a form easier to reproduce. That’s when I started writing.”

She said: ‘It looked like I had been really prolific, but they had been worked at over quite some time. It didn’t happen overnight; the process for me was very slow. I was writing poetry and short fiction and gradually things were getting published in magazines, and broadcast on radio. Then, at the end of the eighties, my book of stories and book of poems came out at the same time.”

Since then Rose has written a novel, as well as multiple collections of short stories and poetry. During our interview she explained that her heart still belongs to poetry.

“For me it is about sound and music, I deal with poetry in prose as much as in verse. There has never been a lot of money in poetry and some people say there is not a lot of poetry in money.”

Ever adaptable, Rose told me of her role as librettist in Rory Boyle’s Opera, Kaspar Hauser.

“That was a great collaboration, really enjoyable in all respects. The composer and I had worked on a piece together before; then he mentioned he had been reading a book about feral children and wanted to do something on that.

“Kaspar Hauser’s story stood out, which was one that had always interested me. So we started to tell his story and we were fortunate enough to be given the Creative Scotland Award. We also had a director who was very accepting of what we wanted to do, which was to keep it understated.”

The same cannot be said for Rose’s previous musical production, Helter Skelter. Staged in the Tramway Gardens, with contortionists and cabaret dancers, it was described as a ‘dark fairy-tale for adults’. Rose sighed recalling the project.

“It was one of the most stressful things I have ever been involved in. When it came to stage there were terrible problems with the venue, it rained that whole summer, and it was an outdoor production. There were some great ideas, but it was not ready when it was first put on.

“People kept trying to squeeze the show into a narrative. It was conceived as a sort of round idea of fairgrounds and other things to do with childhood. Each individual piece of work was supposed to be considered on its own, and what then happened was the director wanted to make a full narrative out of it.”

Experience, Rose stated, has shaped her writing through the years. During the interview, she said that her style has mellowed from its feminist roots.

Despite this, feminist humour still shines through Rose’s poems. At no point is this more apparent than during her performance, when she reads Surrealist Shopping List.

“‘Woman with her breasts out, woman with her throat out…severed limbs, floating limbs, ugly erotica, inside jokes.”

In case we didn’t get the message, she clarifies, ‘It was a very interesting Era, the Surrealist, but very sexist.’

Back at the interview, Rose had admitted she hadn’t done much writing on period fiction, until her recent novel.

“It’s about the last person to be hanged for blasphemy in Scotland. His name was Thomas Aikenhead and he was a student in Edinburgh at the time. I have enjoyed the research, but I am writing this, not so much because I want to escape into the past, but because the story of a man betrayed by his friends and sent to the gallows is worthy.”

Equally worthy, is Rose’s 2014 novel, Pelmanism, an intimate account of a father/ daughter relationship, and its maturation through time. She explained the motive for writing such a personal piece.

“The way you see life changes as you get older, especially when you have children.”

Rose admitted these days, she is happiest enjoying a good meal with family.

Tame as family life may seem, I admire her at the recital, as she soberly reads: ‘Her vagina was pay as you go’, inches away from her maybe daughters. Rose doesn’t even blush. The woman has more balls than I thought.

The night ends, we clap, breathe a sigh of relief. The ceiling is still standing, with buckets underneath.