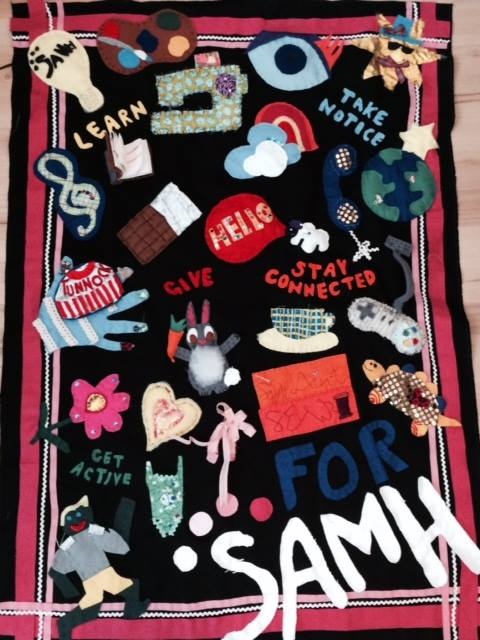 Designer Iona Barker is known to many as the face of Say it ain’t Sew, Scotland’s free sewing classes. Hoping to expand this network Barker has launched a website to promote the craft’s physical and mental benefits.

She said: “Sewing can be therapeutic; one of the reasons I took it up was to forget my own worries.

“Before I started Say it Ain’t Sew I had moved up from London, after been made redundant from my dream job; so I was having a really crap time. I wasn’t sure what to do, but I wanted to do something to help myself, and others in the same situation.

“I did some research into Glasgow’s sewing movement and found that while there was a lot of ‘stitch -and -bitch’ groups there wasn’t any free classes. So I formed Say it Ain’t Sew and made admission free, so that anyone could turn up and get creative.”

Say it Ain’t Sew is a beginners’ class, where equipment and fabric is provided for students. Barker founded the class in 2010, at the Hillhead Book Club. Then after years of successful tutorials, she established a second class, in Edinburgh’s Cabaret Voltaire. Now the two run weekly (on Monday from 6.30 to 8.30pm in Edinburgh and on Tuesday from 6.30 to 8.30pm in Glasgow).

The classes’ success, Barker said, comes from student’s satisfaction in their finished projects.

She explained: “Making fun things for family and friends gives people a great sense of achievement. The distraction also helps people that suffer from mental ill health, such as anxiety.”

Another way the class helps those struggling with mental health is through philanthropy.

Barker said: “Every year Say it Ain’t Sew does an event for charity, last year it was a 22 hour stitchathon for SAMH (Scotland’s mental health charity). The stitchathon raised about a grand-and-a-half, and made two huge wall hangings.”

She continued: “This year’s stitchathon will be for Scottish Autism. We are going to create an interactive sensory floor map, with electronic components sewn in, which light up.”

This and other Say it Ain’t Sew projects will soon be documented on the movement’s website.

Barker said: “Say it Ain’t Sew is on a lot of social media channels, but they can be limited when it comes to hosting static information; for instance a lot of people ask me the same questions every day, so the website will answer frequently asked questions.”

She added: “The website will also act as a resource for those not on social media.”

It will do this via text and multimedia content, with Barker’s YouTube sewing videos taking pride of place.

She said: “The YouTube Say It Ain’t Sew tutorials are a new addition to the movement. They came as a result of a brainstorm in taxi, between myself and a film-maker called Grant Lynch.

“Grant wanted to produce edgy cooking shows; and I told him that I wanted to create something similar, but covering sewing instead of cooking.

“So we swapped details, discussed it again, and met to shoot the initial videos. Grant has since moved to Canada, but I am now working with a new filmmaker, Sean Gill, on the latest tutorials. As ever, the videos will be fun, short and sweet.”

As well as showcasing design innovations, the tutorials will answer viewer’s sewing queries.

Barker said: “We get a lot of requests from people who want to alter and repair their clothes. For instance, a lot of people manage to rip the crotch of their jeans when lunging, so I am making a tutorial to address this problem!”

She said: “The most exciting project that I worked on at the Hydro was Beyoncé’s Mrs Cater tour.

“The show was crazy, it was so much fun, but very stressful.”

Talking of her time at the Hydro, Barker said: “I loved it, but it was very fast paced – for instance sometimes you would only have 30 seconds to repair things – after a while I was tired.”

She added: “I gave up working in Hydro wardrobe last December, after a very busy couple of months. I felt as if I had hit my peak in costume work, and I wanted focus on helping other people get to that level.”

She concluded: “I hope the website speaks to people who are stressed or anxious and looking for alternative relaxation; sewing really can meet that need.”

This is one of many incidents that continue to haunt fashion supply chains.

In 2013, International Labour Organization (ILO) estimated accidents and diseases at work caused two million fatalities every year. ILO also forecast around 40% of the world’s workers earn under £1.30 a day, and over 50% lacked secure employment.

“The sad fact is many workers in the garment industry are living in poverty, even though they have paid jobs.”

In 2009, the Ethical Trading Initiative reported that 48% of its corporate members’ weren’t paying workers in full. That year the Fair Labor Association showed 58% of its audited suppliers were underpaying wages.

She added: “We hope people will start to ask why their garments are so cheap and think more about what they are buying.

“We wanted to encourage people to ask ‘who made my clothes?’”

This question was carried on placards and pins that campaigners distributed on Buchanan Street (Glasgow). The ‘flash mob’ asked shoppers about their buying habits and invited them to the Lighthouse workshop.

Taylor said: “Fashion Revolution was at the Lighthouse to commemorate the Rana Plaza disaster and promote ethical fashion.

“We had a ‘fashion tardis’ changing room, where people could turn their clothes inside out, then get their photo taken, showing their labels and asking social media #whomademyclothes?”

The campaign encouraged fashion brands to share their factories’ locations and photos. It was supported by events held across 71 countries.

She said: “I ran the upcycling workshop as part of Fashion Revolution Day. The workshop was quite busy and there were a lot of tourist stopping by, wanting to know what it was all about.

“Some of the tourists hadn’t heard of the Rana Plaza disaster, so it was good way to raise awareness.”

She said: “I came along to fashion Revolution Day to help my friend Jen campaign, but I ended up taking part in the upcycling workshop. I worked with Iona to transform an old t-shirt into a dress.”

Barker added: “I would encourage people to think twice before they throw things out. A piece of worn clothing can be changed into something cool and new.

“If people want to upcycle clothes, but aren’t very good with a sewing machine, they can always use fabric glue and paint!

“Upcycling newbies can also get help in haberdashery shops. Glasgow has a lot of great material shops and the staff are all very friendly.”

Barker explained that clothes can be recycled via charity shops or ‘swap parties’ (where guests exchange unwanted garments). She encouraged shoppers to look for ‘swapping’ events in their area.

Concluding, Taylor added that Future Fashion Revolution Events, such as documentary screenings, will be advertised on the group’s website. 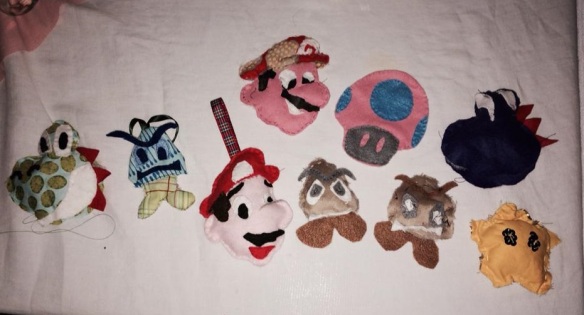 As clothes became cheaper the art of sewing waned, but the craft fought back and was reborn as recreation.

Programmes like The Sewing Bee capitalised on this trend, reflecting the latest wave of interest.

Costume designer, Iona Barker said: “The image of sewing has shifted over the years from something girly to something androgynous and cool. This shift has been aided by programmes like The Sewing Bee, which has had more and more male contestants.

“So now I think guys are keen to get into sewing and don’t worry about being mocked by their pals.”

Barker said: “I started running the Glasgow class in May 2010, when I was working in a local bar. The Hillhead Bookclub was just about to open and its’ soon –to-be manager was a friend of a friend, looking to incorporate activities.”

“I was terrified at the concept of running a class; I had never done anything like it, but as the years passed it went from strength to strength; now I just love it.”

The love of sewing had filled Barker from a young age.

She said: “When I was a kid I was very creative; I enjoyed making things and watching old films where the actresses wore big dresses. So I started cutting up my mum’s clothes and turning them into costumes.

“Later I went on to Glasgow Caledonian University and studied Fashion Business.”

As a fashion student Barker sought craft tutorials in Glasgow; but the classes she found were institutional and costly. This inspired her to start a group that was free and accessible to the public.

Barker explained: “Say It Aint Sew is a total beginners group. Attendees don’t have to bring anything. All the equipment and fabric is there waiting for them.”

“I work as a costume designer, so over the years I have collected masses of material, and the classes are a great way to use my horde.”

Barker’s range of materials influence the items made in class. However, inspiration also comes from participant’s requests and the seasons; for example the class made chicks at Easter.

The tutor said: “We have made a real mix of things from headbands to Super Mario figurines.”

This variety of projects has led to a diverse group.

Barker explained: “We usually have a mix [of over 18s] from students, to professionals and elderly people.

“There is a mix in gender too; a lot of the girls bring their boyfriends to the class and the guys tend to find it is better than what they had expected.”

The class starts by grabbing a drink and name sticker at the bar. Then once seated, the sewing and socialising begins.

Barker said: “Everything is explained from the start, from the amount of thread needed, to the technique of a basic stitch.

“Beginners can be a bit apprehensive, but after an hour they get totally into it. Everybody leaves with the finished piece and a sense of accomplishment.”

She concluded: “The class is a great way to discover a new skills and people. Everyone gets the chance to chat and I have seen lasting friendships formed.”